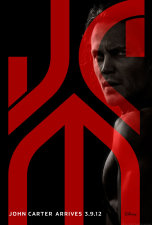 I made it to bed last night at about 21:30. Marirose woke me about an hour later to let me know she’d arrived home safe from band pracitce—it’s a marriage rule in our house. I rose once to shut the bedroom door. After that I didn’t fully wake up again throughout the night. This does not mean I slept soundly or fully, but not getting up at least once a night to let the dogs out is unusual. I tried to eat as early as I could so my stomach wasn’t working overtime come lights-out. I had some odd dreams about crawdad/shrimp-headed creatures who were normally vegetarians and friendly to humans but every once in a while wanted to crack open our skulls and eat our brains because they were originally descendants of Cthulhu and the Old Ones. I was trying to help them control their…baser…urges through counseling when the alarm went off.

I did put on come soothing bed-time music, very very low. “Soothing music”…LOL…to me anyway: piobaireachd. Having grown up with the classical music of the piob, I can fall asleep mid-sentence with those sweet tunes playing. It’s sort of a joke with my piping peers. They have a pool on when I’m going to fall asleep while playing. Odds are high I’m not going to make it through the Urlar doubling without nodding off. Craig is supposed to catch my pipes on the way down: forget me. Don’t get me wrong, I adore the music. To me it’s never boring. It’s just so…so…relaxing; I can’t help falling asleep. Though I realize this may sound outrageous, paramount to falling asleep next to a jack-hammer in full bore, growing up with the stuff does strange things to a kid.

It’s a minimum day today and the kids get out at 12:15. Sweet! Gabie and I are committed to locking our classroom doors as soon as the bell rings and heading for the theatre for John Carter of Mars. I am really stoked as after watching the 10 minute sneak peek on Youtube day before yesterday, I think it’s going to be a fun watch. E.R. Burrough’s story is very simple and is definitely a product of his time, the audience he was trying to reach, the pulp medium he was writing for and the stereotypes he presented. After watching the sneak peek, however, I’m hopeful that this may be one of those very rare occasions when the film is better than the book. Blasphemy, I know, but it happens. Anyone who has read Cooper in all his inaccurate, prejudicial, and inconsistent glory is usually unanimous that Daniel Day Lewis’s Hawkeye in the Last of the Mohicans film enjoys a much better story than the Natty Bumpo of Cooper’s pages. I think if Edgar were alive today, he’d remark on how his stories were only committed to the page because he had no other medium to present them in all their imaginative potential. It’s just my opinion, of course, but the way the film changed the story a bit to accommodate stronger character development and shore up a few weaker plot walls looked and played real good. Here’s crossed fingers hoping I don’t want my money back.

I’ll get back home early enough to maybe take a nap before dinner with sweet Marirose. I’ll need as at about 22:00, I’m scheduled to drive Lexie to the airport to catch a 01:30 S.F.flight back East. I’ll drop her off at about pre-midnight, hang out for a bit, fuel up on coffee and drive home. Hopefully I’ll be pulling into the driveway back home at just about the same time as she’s taxiing down the runway.

It’s gonna be a full day.